From Discworld MUD Wiki
(Redirected from The Run)
Jump to: navigation, search 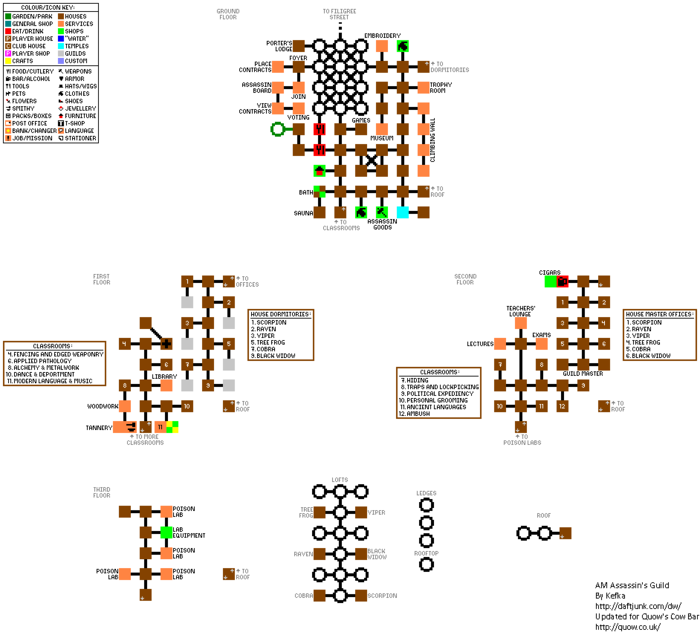 There is a battered old travelling trunk on the stairwell of the dormitories in the Ankh-Morpork guildhouse which is a newbie chest, only Guild of Assassins students (not yet graduated from the Run) can take things from this trunk.

You can only clear a maximum of 3 Master courses, and 1 Doctor course, so choose wisely.

Lectures take place in the lecture theatre, adjacent to the teacher’s lounge.

Should there be no participants at the stipulated time, the lecturer will not turn up, so please be punctual.

In order to be counted as taking part in a lecture, you must be there from the start to the end.