Morporkian Carriages is a boardgame loosely based on Mornington Crescent, a comedy skit about a fictional word game with humorously complicated rules and variations.

It can be purchased from a vendor at the southern edge of the Slippery Hollow market.

The precise mechanics of the game's scoring are as yet unknown.  research If this has been marked on a page, it's because there was something that probably isn't known, that the person who edited the page thinks could be found out. Perhaps you could figure this thing out, and be famous evermore. 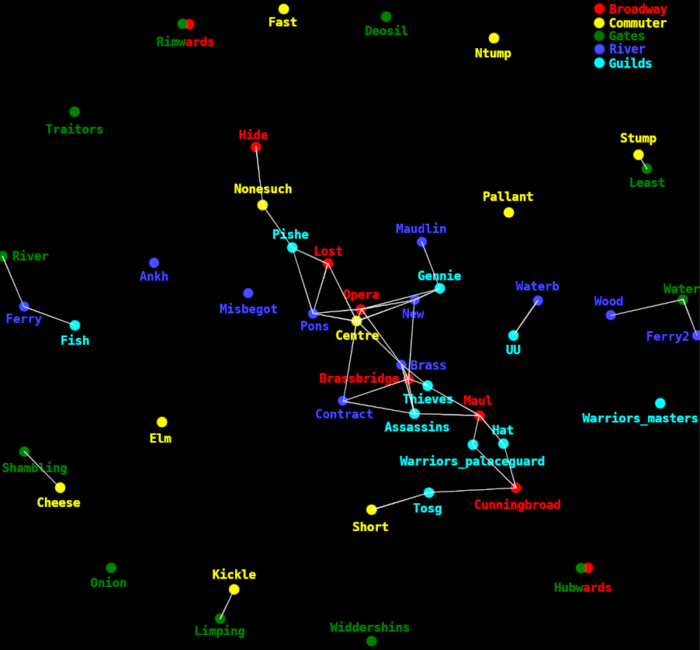 Approximate visualization of routes, stops, and interchanges by Maimonides