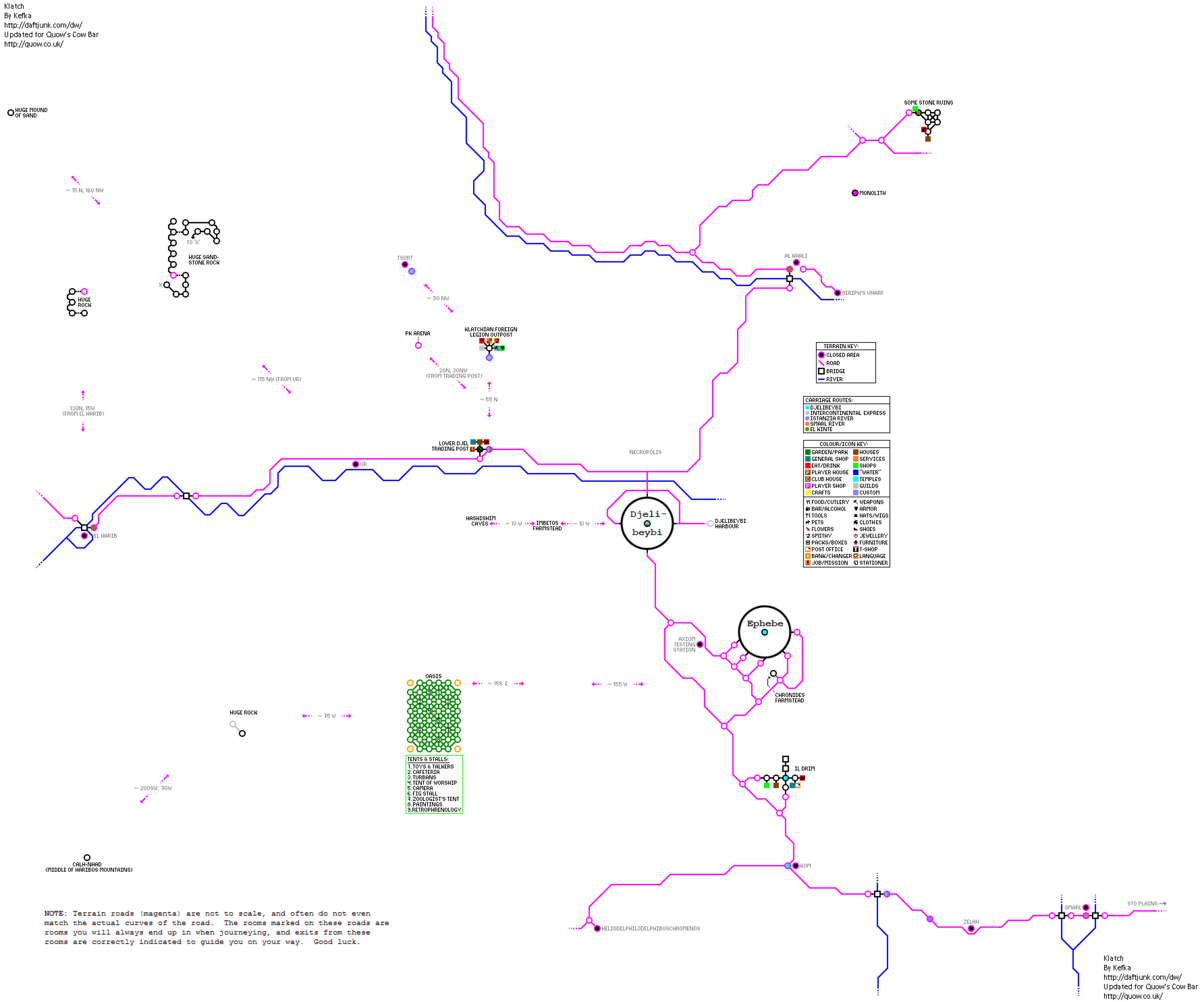 Klatch is the area of Discworld west of the Sto Plains. It tends to be quite warm.

To the east of Klatch lies the Circle Sea and the Sto Plains. To the north, west, and south lie the edges of the map.

The Sto Plains are to the east, accessible by following the road along the Circle Sea to the south and east.

Towns, villages and areas of interest

The main cities here are Djelibeybi and the philosophical Ephebe with its harbour further east.

Other various cities and towns are inaccessible, existing only as marks on the map.

Klatch is a mix of grassy plains and deserts. Near Djelibeybi is the Tsortean desert, beyond which is Eritian desert, and further still is more desert. To the south is the Ephebian desert. The desert features large sand dunes and rock formations with scattered mountainous terrain that include at least four distinct ranges.

Cabbage fields dot the plains in patches and a melon farm sprawls just south of Djelibeybi. Garlic farms can be found near Djelibeybi and the Chronides farmstead.

Savanna blends into tree savanna close to jungles and lightly wooded areas, usually found far north of Djelibeybi. In the far northwest and southwest the heat mixes with humidity to form rainforest. This is especially true in the southwest where a swamp has formed.

Where the Circle Sea meets the wilderness there tends to be a rocky shore — or a sandy beach if the plains are nearby.

Djelian is spoken in Djelibeybi, the Klatchian Foreign Legion outpost, the Lower Djel Trading Post and the ruins of Tacticum. Ephebian is spoken in Ephebe, the farmsteads, Il Drim and the oasis.