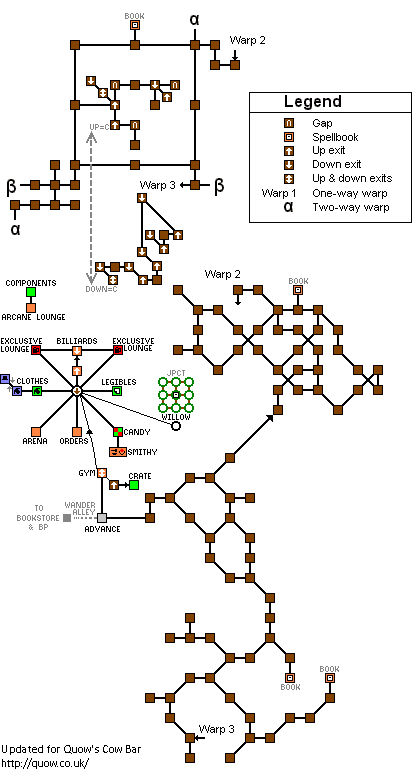 Southeast is a candy store with attached smithy (with ash for Transcendent Pneumatic Alleviator!) to the south.

-A staff with a knob on the end, which can be used as a component in spells requiring a staff, but cannot be held and thus cannot be octograved with.

-Airy candies that remove your TPA when eaten.

-Rock candies that remove your CCC when eaten.

-Hard candies that *look as if they probably would* remove your HEB when eaten.

The airy, hard, and rocky candies allow you to easily remove a worn out or weak shield so you can replace it with a fresh one.

All of these items