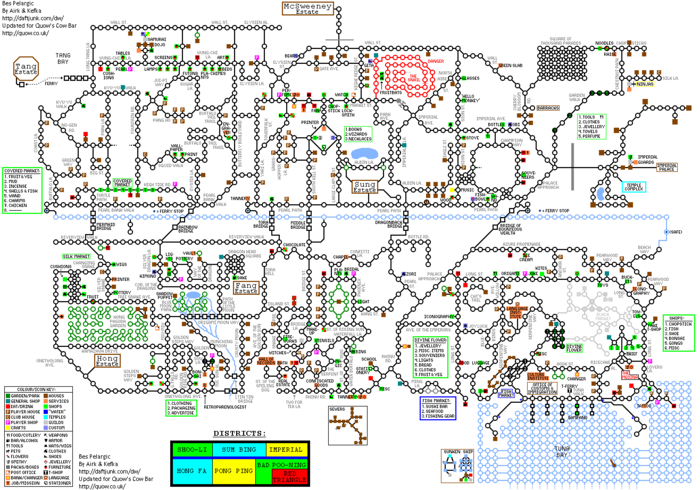 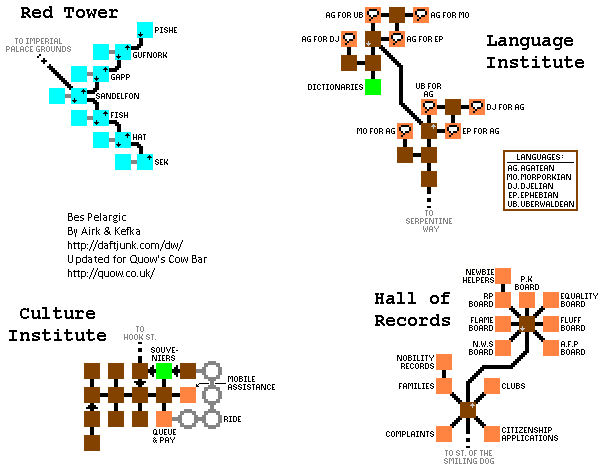 Carrying weapons without a permit is illegal here, and Imperial Guards will confiscate them if you give them long enough to notice. Weapons in containers (including sheathes) are not confiscated, and neither are broomsticks and meat cleavers. ("locate weapons" will tell you what items you're carrying that count as weapons.) Luckily, you can buy your weapons back at the confiscated goods shop on Rhinu Road (the southmost road in the middle part of the city). Imperial Guards will also become upset if they see you fighting, and will attack you.

If you kill a shopkeeper, shops will refuse to sell things to you for a period of time.

Killing old people is against the law here, though there is no coded punishment for it yet.