Difference between revisions of "User:Jerec" 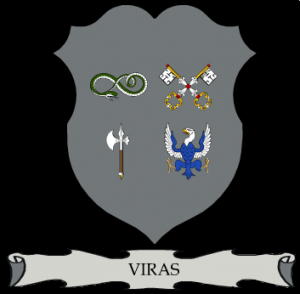 Jerec Viras is a mysterious Assassin hailing from the proud twin cities of Ankh-Morpork. Though Morporkian in nationality, he has become a citizen of the noble city of Djelibeybi and aligns himself with Djelian ideals for reasons unknown. He is currently the head of the elusive Viras Clan, and can often be seen gallivanting about the Disc with his fellow Clan members.

Not much is known about Jerec, as he doesn't typically stay in an area long enough to grow overly familiar with its inhabitants, and is tight-lipped about his origins. A few things, however, have been culled from various rumor mills. A local barkeep in Ankh-Morpork overheard a conversation between Jerec and one of his associates in which Jerec divulged that he wasn't actually human. When asked his actual age, all Jerec apparently said was "I stopped counting after 300." According to several witnesses, the barkeep went missing shortly thereafter.