I've been informed of the following modifiers to parry effectiveness per weapon type. Can anyone confirm if this is accurate? Tempo (talk) 11:02, 9 March 2019 (EST)

Judge gives a rather naive (and misleading) evaluation of the parrying quality of a weapon, because it does not take into account the weight of the attacker's weapon.

If you factor in the weight of the attacker's weapon with the general weapon weight formulae from the mudlib, you get the following (rather pretty) graphs: 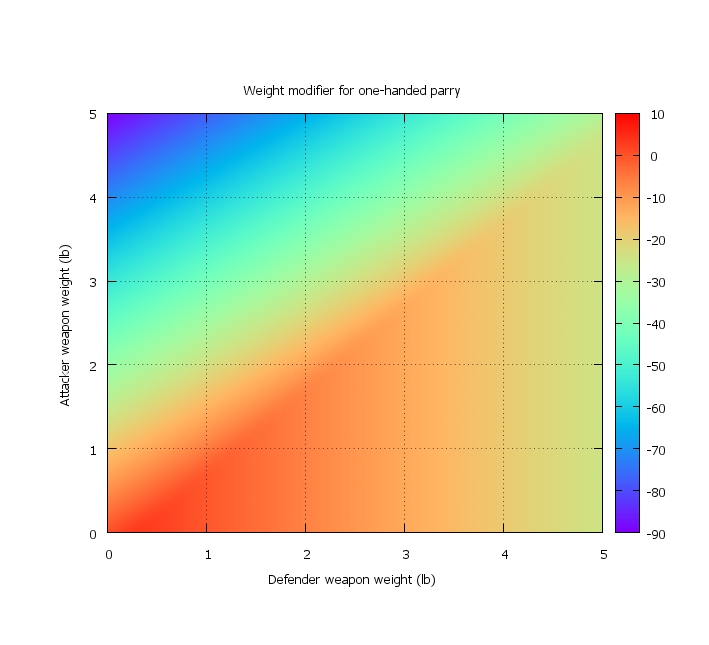 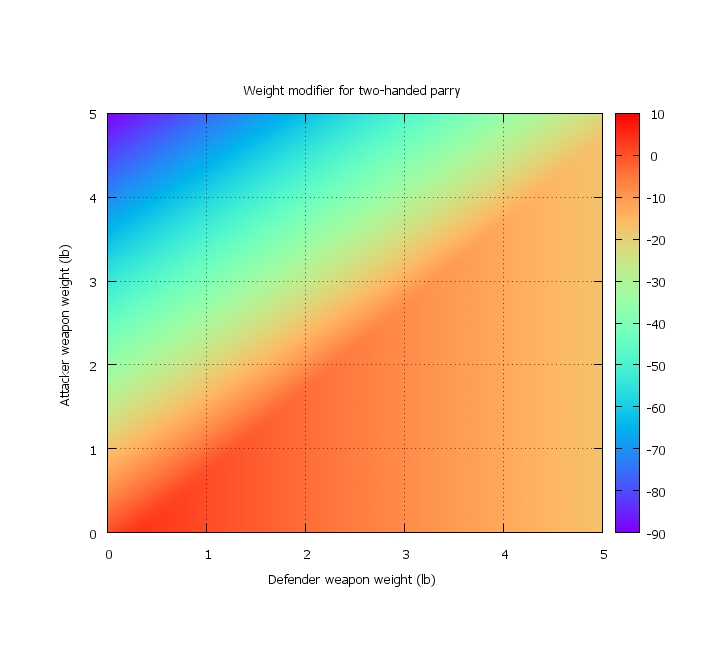