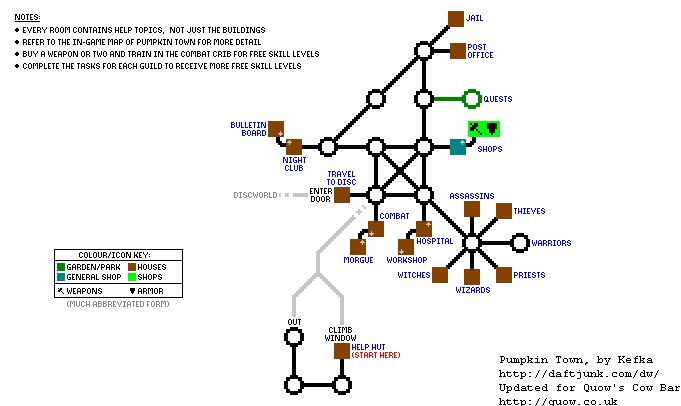 You can leave Pumpkin Town and select a starting location from the Travel Agency, just type help here when you are there.

To leave Pumpkin Town you will need to select a starting location that will determine not only where you start in the game, but also your nationality, your starting language and your accent.